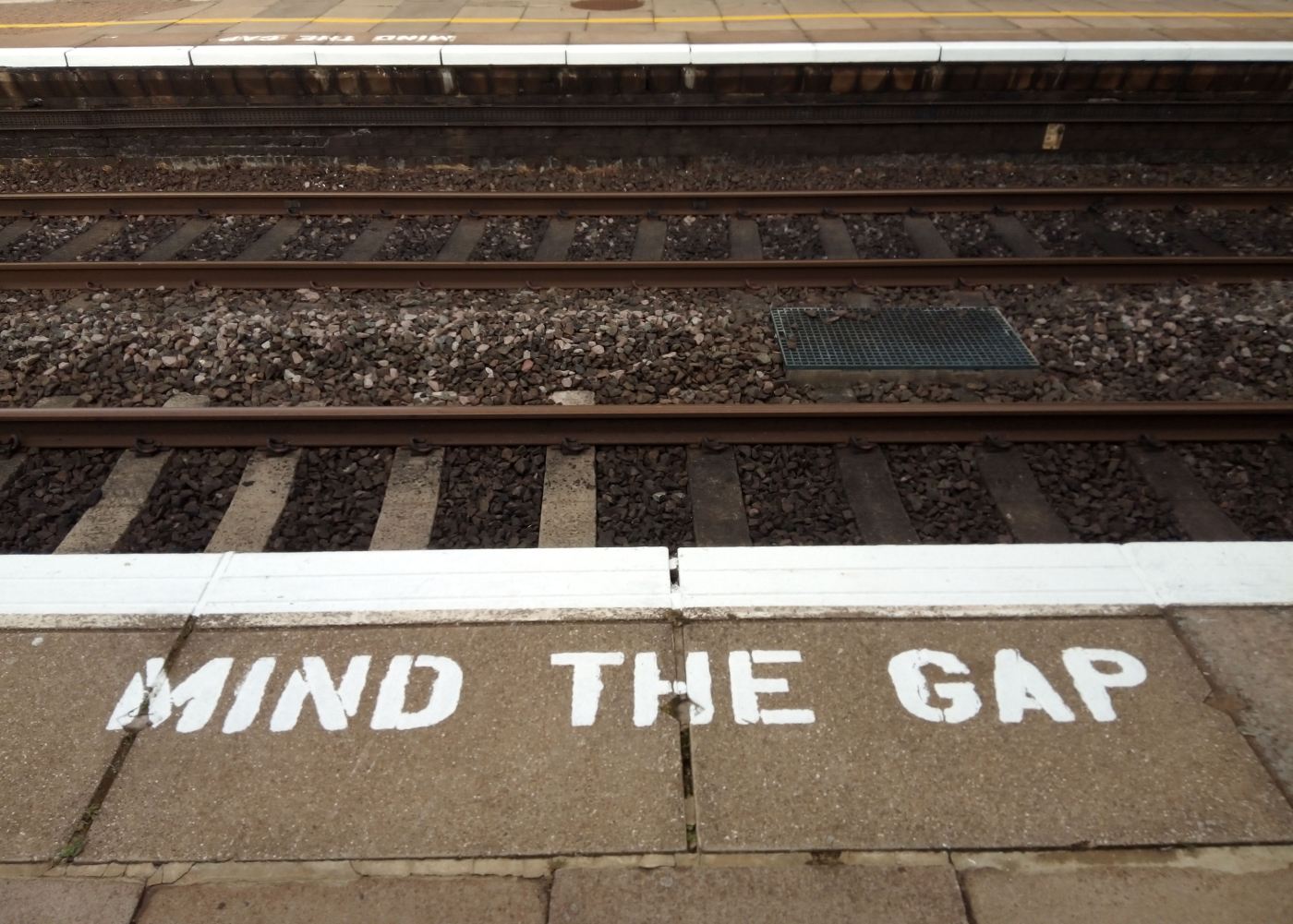 I wrote the following article for the July 2018 edition of the Association of Charitable Foundations’ magazine – Trust and Foundation News.  It’s a follow-up article to the piece on Diversity that I wrote for the July 2016 edition which can be found here https://newreciprocity.com/2018/04/08/postcard-from-the-comfort-zone/

This new article reflects on what has – and has not – changed in the 2 years since then.

Although the recent report from the Centre for Charity Effectiveness (‘The Awareness and Effectiveness of Charity Trustees in Grant-making in England and Wales’, in association with ACF,  https://bit.ly/2N2feCl) gives a useful snapshot of the continuing lack of diversity in trust and foundation boards in part of the UK – “The research findings presented here therefore raise significant concern about the breadth and the range of diversity currently present within grant-making foundation boards ” – there remains a lack of data about who is employed in trusts and foundations as well as a lack of comprehensive data on what kind of organisations we choose to fund.

So it’s difficult to know for certain whether our sector is more or less diverse in its makeup and in its investment and funding decisions than it was two years ago.  But what we do know is that the voluntary and community sector (VCS) overall still has a problem with diversity, equity and inclusion – and it’s unlikely trusts and foundations are any different.  The problem is highlighted in recent reports such as NCVO’s 2017 Getting involved – how people make a difference which says: “There is a lack of diversity: … people contributing a disproportionate amount of time – the ‘civic core’ – are drawn predominantly from the most prosperous, middle-aged and highly educated sections of the population”.

Also, the Charities: inclusive boards report published in April 2018 states: “Our research identified 66% of trustees from the top 500 charities as male, while 34% were female. Out of the trustees we identified, 6.6% were from Black, Asian and Minority Ethnic (BAME) backgrounds, a 0.3% increase from our last report. BAME women account for 2.9% of the trustees whose ethnicity we identified… The majority (79%) of senior leadership teams lack any ethnic minorities.”

In the trust and foundation sector there are also some examples of funders beginning to address our diversity deficit – for example, the 2027 programme (http://2027.org.uk) and the Diversity Forum set up by some individuals working on social investment (http://www.diversityforum.org.uk). And there are bound to be other examples of individual trusts changing, like the Hilden Charitable Fund described by Samia Khatun in the following article:  https://www.alliancemagazine.org/blog/how-we-diversified-our-foundations-board/

ACF’s Stronger Foundations initiative is a real opportunity for our sector to look critically at itself and consider how it can improve its own diversity to increase social justice, equity and inclusion. (In the interest of full disclosure, I am involved in the initiative’s Equality and Diversity strand).

All of these – and other similar initiatives – are great. Collectively, they may make some difference. But there is a danger that history will continue to repeat itself. Reflecting on the two years since my last article made me think back even further – to the first time I remember the issue of lack of diversity being identified as a problem in the sector. The 1996 report Meeting the challenge of change (The Deakin Report) says “Some organisations are too ready to proclaim their virtues as an equal opportunities employer and take the wish for the deed. Trustee boards/committees should also consider the implications for their own composition. Too many still reflect the position in the upper reaches of the sector 20 years ago in their membership – they are dominated by middle-aged white male professionals.”.

And the findings of that report have been repeated regularly since then (just some examples are shown in the box below). In that same period there has been any number of guides, workshops and debates aimed at increasing diversity. One example is the toolkit Improving equality and diversity in your organisation – a guide for CEOs produced by ACEVO in 2011. Seven years on it’s hard to see what has changed.

And looking ahead, February 2019 will be the twentieth anniversary of the Macpherson report – the result of the inquiry into the police investigation of the racist murder of Stephen Lawrence. The report details its assessment of the ‘institutional racism’ within the Metropolitan Police and policing generally. Institutional racism, as defined by the Institute of Race Relations, is “that which, covertly or overtly, resides in the policies, procedures, operations and culture of public or private institutions – reinforcing individual prejudices and being reinforced by them in turn”.

A problem with our values

The fact that we’re still talking about lack of diversity 20+ years on is because our sector has an institutional problem of its own – a problem with our values. It’s also the cause of the dubious fundraising practices, safeguarding failures, unethical investments, etc., that have put public confidence in charities in question recently.  Nicholas Deakin’s 1996 report is right: “Voluntary organisations should be run in accordance with the values they espouse”. But what values do we espouse exactly?

The Civil Society Futures inquiry might help define some (https://civilsocietyfutures.org), NCVO’s proposed voluntary sector Code of Ethics might also help (http:// bit.ly/charityfix). But codes of conduct, like toolkits, only work if they are used.

And the trust and foundation sector has a particular need to be clear about its values because of the huge power we wield that comes from having lots of money and little accountability. What are your values? What are your trust’s values? How do you make sure they genuinely inform everything you do professionally and everything your trust does internally and externally?

As trusts and foundations – and as charity leaders – how should we act now so that we’re not repeating the same list of diversity deficits in another 20 years time? As Verna Myers says – we have to move from well meaning to well doing. And as Dr King said – good will without action can be worse than ill will because it impedes actual progress.

A sample of the evidence:

Meeting the Challenge of Change: Voluntary Action into the 21st Century (The Deakin Report) – (1996)

“The value base of voluntary organisations is one of their defining characteristics.  It is an essential part of the answer to the question ‘if not for profit then for what’?  Within this value base there are several clear strands that include caring, user involvement and, in its widest sense, equal opportunities.  These stem from a concern with issues of fairness and equity.”… “Being models of fair practices involves a responsibility to reflect them in internal arrangements as well as external services.”

Next Steps in Voluntary Action – Centre for Civil Society/NCVO (2001)

“Some of the problems faced by BME organisations derive from a continuing characteristic of the VCS as a whole – its lack of diversity, in the sense of being representative of all sectors of society. The same is true of funding bodies of all kinds.”

The Shape of Civil Society to Come – Carnegie UK Trust (2007)

“However, there are a number of indicators that suggest that civil society is far from ‘good’ for many people in the UK and Ireland.”… “The pool of volunteers has been reduced with changing patterns of work and the increase in caring responsibilities of many women: efforts should be made to involve others who have been excluded – people who are young, retired, unemployed, or from ethnic minority backgrounds.”

“Whilst there were nearly twice as many women as men employed in the voluntary sector, only around one-tenth of women working in the sector reached the highest levels compared to a fifth of men.” …  “The voluntary sector employs a slightly lower proportion of black and minority ethnic people (7%) than in the public and private sectors (9% and 10% respectively).”

“Men outnumber women trustees two to one, a finding also reflected in the occupants of the role of the chair and the treasurer.  Trustees are drawn from a narrow cross section of the communities that they serve.  The vast majority are White British, older and above average income and education. There is clearly a need to promote greater diversity within charity trustee boards.”